It is easy to think of Heinlein as the author of Stranger in a Strange Land, which opened the 1960s with a merciless critique of organized religion, monogamy and the nuclear family, and perhaps even apple pie, or as author of the ever-larger and more controversial novels that followed until his death.

The so-called juveniles, however—the dozen novels written for what we now would call the young-adult market, and published between 1947 and 1958—are of perhaps equal import to the genre of science fiction, and to our culture and history in general.  First, they all are quite decently written, and some are very fine indeed.  While dealing with teenagers coming into the adult world of responsibility and decision and uncertainty, these books are rarely simple, and they never talk down to their audience.  They encourage not only scientific competence but even cultural open-mindedness and self-reflection as well...and, most importantly, each tells an exciting and satisfying tale.

In addition, of course, apropos of this webpage, the juvies also have some particularly imaginative and exciting artwork...
Rocket Ship Galileo, 1947
Space Cadet, 1948 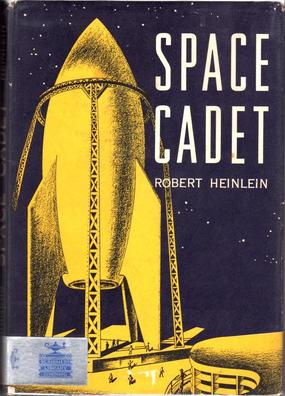 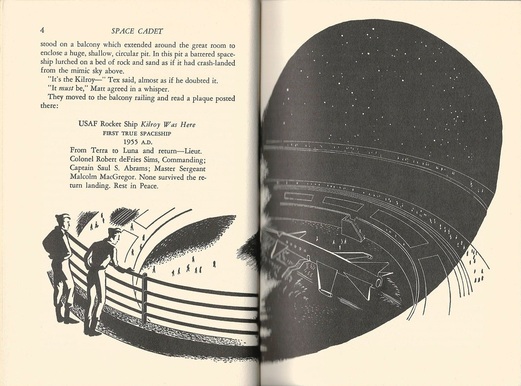 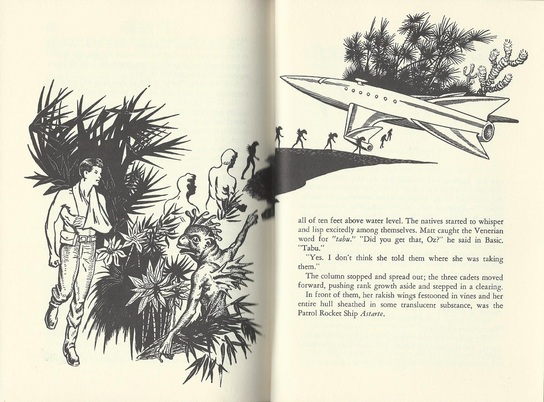 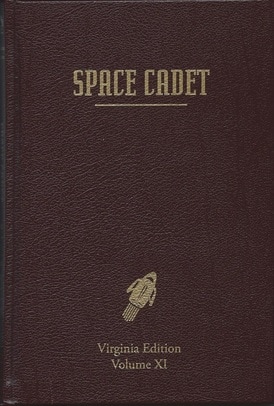 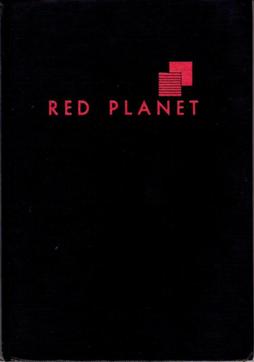 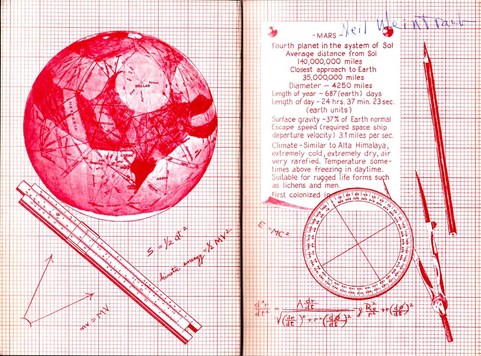 Inside cover art by Clifford Geary. Note occlusion of “First colonized in” by protractor. 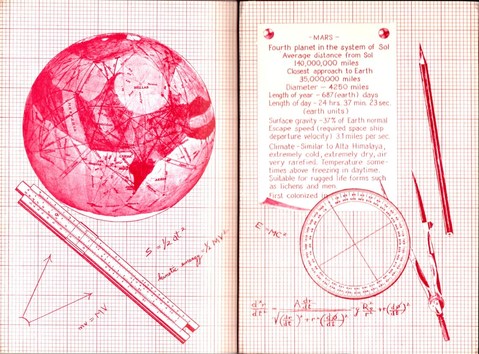 Inside back art by Clifford Geary. The copyright page says, “Grateful acknowledgement is made to the Lowell Observatory, Flagstaff, Arizona, for permission to use the photograph of the Mars Globe by Dr. Percival Lowell which appears on the end papers of the book.”
Farmer in the Sky, 1950 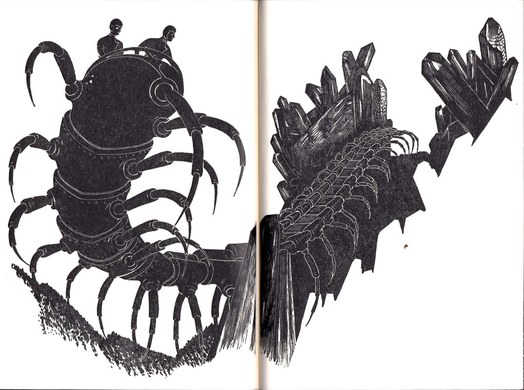 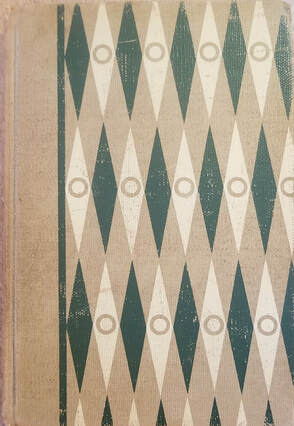 This one lacks a dust jacket but has the same Clifford N. Geary interiors as the softcover below. 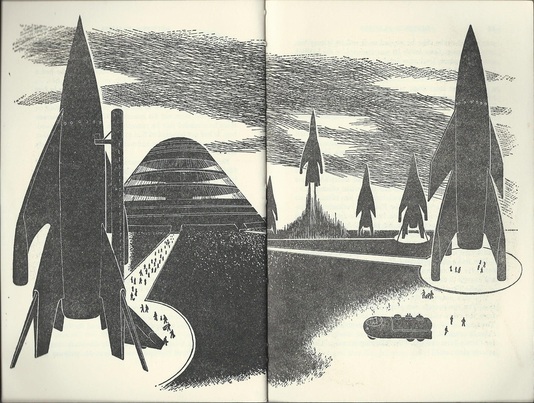 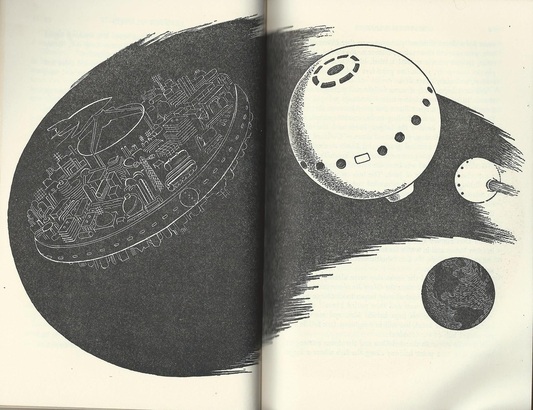 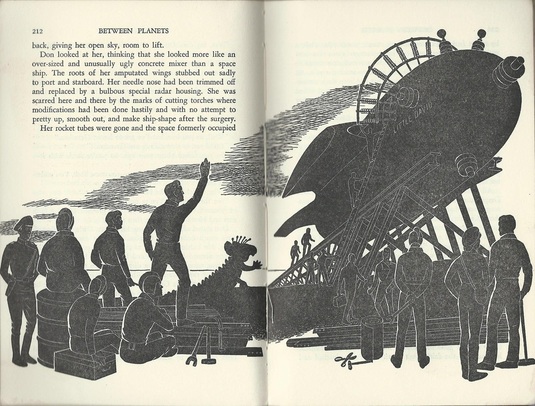 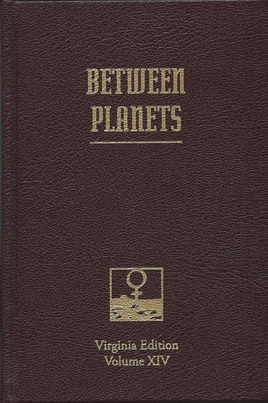 For the version first serialized in the “slick” Blue Book in September and October 1951 as Planets in Combat, which includes many nice interior illustrations by Brendan Lynch, see “Serialized Novels.”
The Rolling Stones, 1952
Starman Jones, 1953 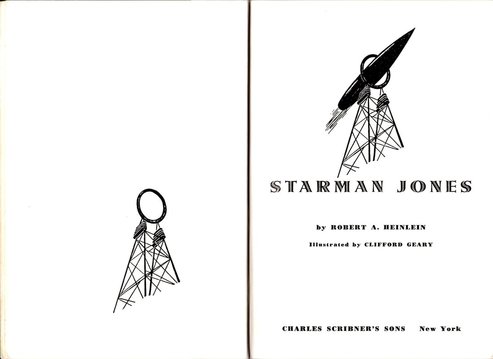 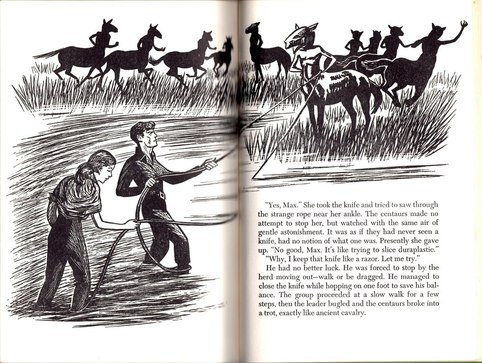 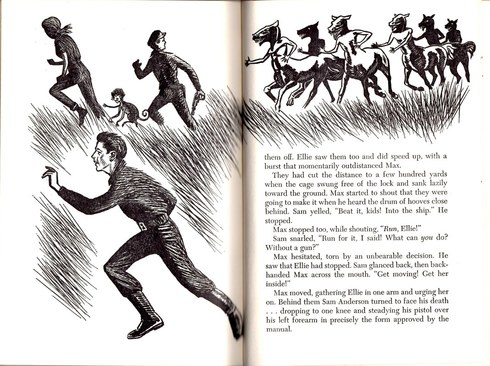 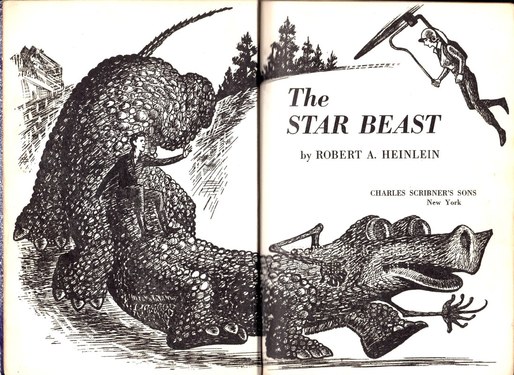 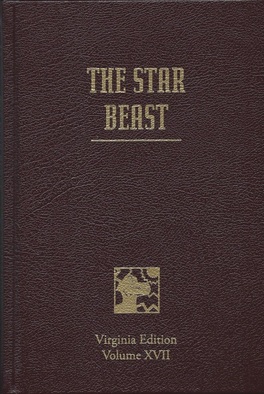 For the version first serialized in F&SF in May, June, and July 1954 as The Star Lummox, see “Serialized Novels.”
Tunnel in the Sky, 1955 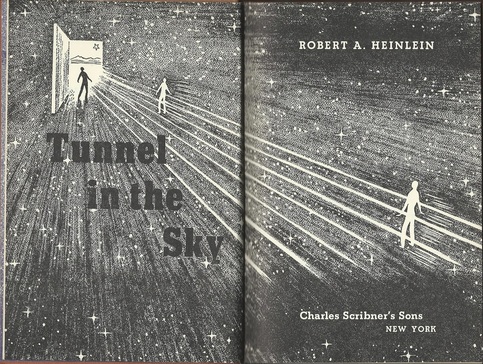 Frontispiece by P.A. Hutchison
Time for the Stars, 1956 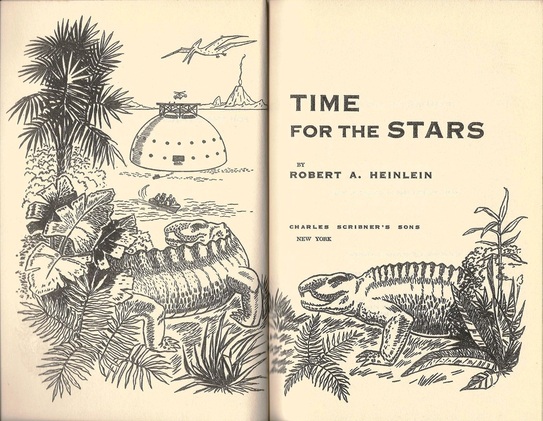 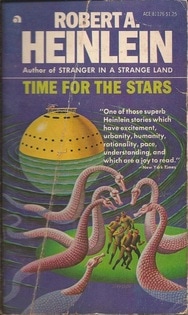 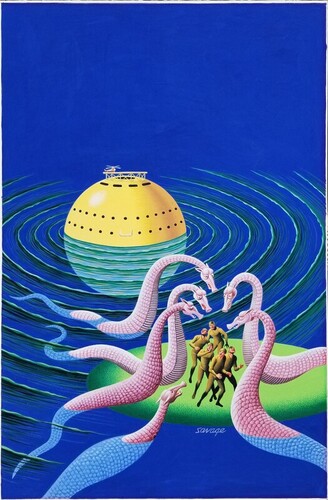 The original Steele Savage painting, which I was fortunate enough to find at auction.  Note the rich blue rather than purple of the cover of the 1971 Ace printing, along with the big open space at top for title, etc.  The piece is about 11.25 x 17 inches. 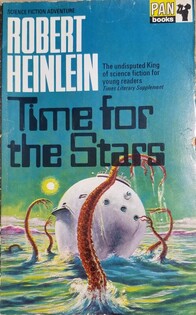 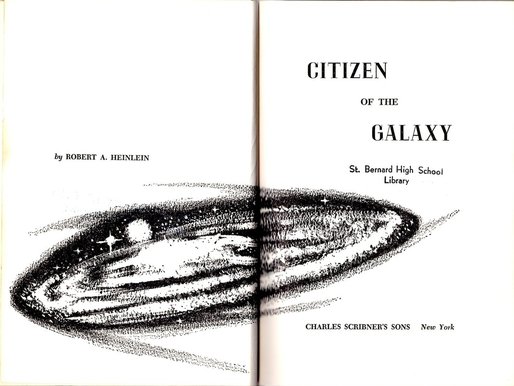 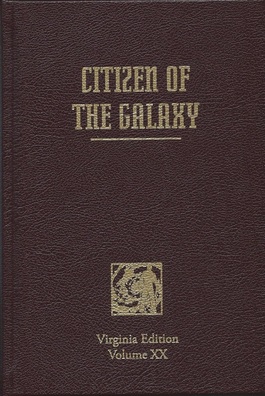 See my “Serialized Novels” page for Freas covers and Van Dongen interiors for Citizen of the Galaxy when it was published in Astounding Science Fiction between September and December 1957.
Have Space Suit--Will Travel, 1958 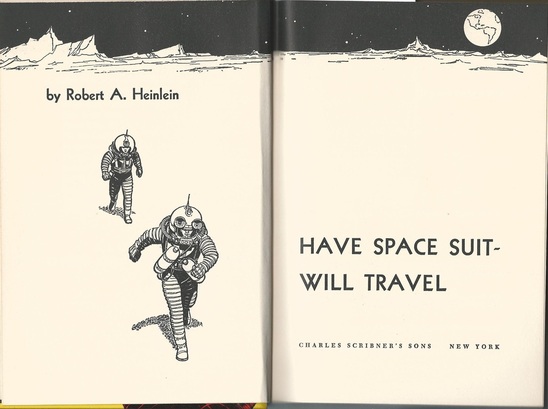 Frontispiece by Ed Emshwiller
If you like this one, remember also to check out the gorgeous Emsh covers for Have Space Suit—Will Travel on my “Serialized Novels” page.  It is particularly recommended for fans of Plutonian volcanoes and smash-’em-ups in alien spaceships.
​ 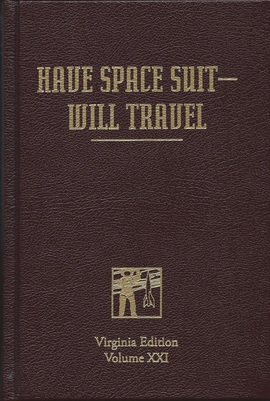 Starship Troopers, 1959
Starship Troopers of course was written to be part of the Scribner’s “juvenile” series begun with Rocket Ship Galileo back in 1947.  Like his earlier juvies, after all, it deals with a young male protagonist entering the adult world of conflict, decisions, and responsibilities.  Aside from the dangers of aliens and dimensional wormholes and the deadly flora and fauna of other worlds, previous works such as Rocket Ship Galileo, Red Planet, Between Planets, and Citizen of the Galaxy also already portrayed war or other armed conflict between humans, and Have Space Suit--Will Travel even contains a very pointed aside on the desirability of, essentially, a preemptive death penalty for rapists and murderers.

Heinlein’s editors considered this one too “adult,” however, and turned the piece down, so he published it with Putnam’s instead...  Following the original intent, though, we list it in this section.

Cover art by Gordon C. Davies
Remember to check out the lovely Emshwiller covers for Starship Troopers on my “Serializations” page, too; when first serialized in the Magazine of Fantasy and Science Fiction in October and November 1959, it was called Starship Soldier. 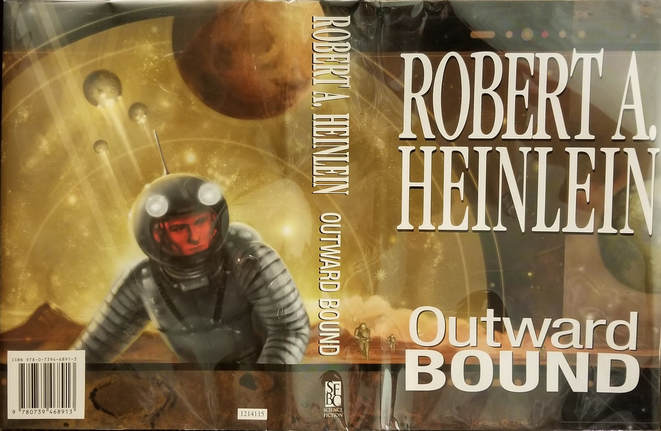 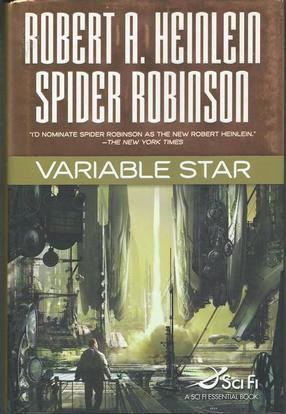 (with Spider Robinson) Cover art by Stephan Martiniere
​Variable Star is quite an organizational puzzle for the webmaster.  On the one hand, it could be termed a “later work” because...well, Spider Robinson did write and publish the novel eighteen years after Heinlein’s death, after all.  Still, Robinson based his work on the existing seven pages of an eight-page outline that Heinlein wrote when planning the novel as another of Scribner’s juvenile series, so...here it is. 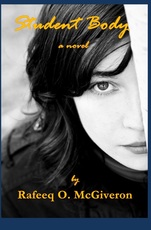