Here are some nice non-Heinlein paperback covers—and a few other things as well​—in my collection. 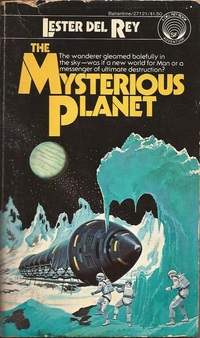 Cover art by Dean Ellis (I bought this around age 11 or 12 with Heinlein’s Space Cadet)
For “The Fireman,” the earlier novelette version of Fahrenheit 451 first published in the February 1951 issue of Galaxy​, see my Other SF Art - Pulp Magazines page. 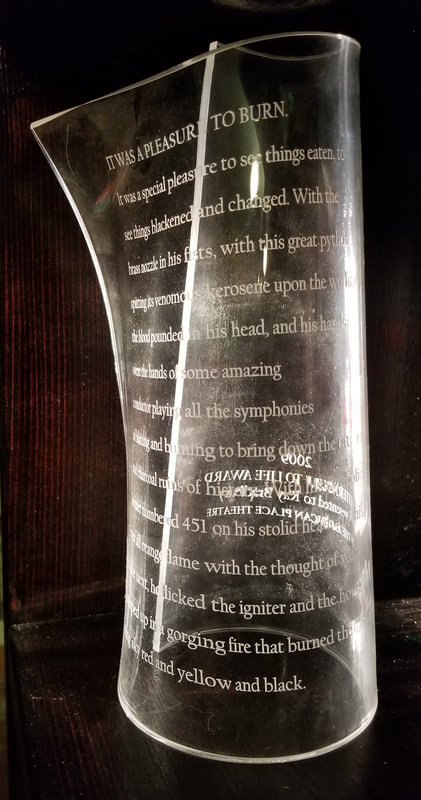 Not a paperback but an “etc.”—The Literature to Life Award given to Bradbury by the American Place Theatre in 2009.  Note the opening lines of Fahrenheit 451.  This came out of Ray Bradbury’s personal estate, and I was fortunate enough to pick it up at auction in 2014.  Looks rather handsome on my bookshelf, doesn’t it...? 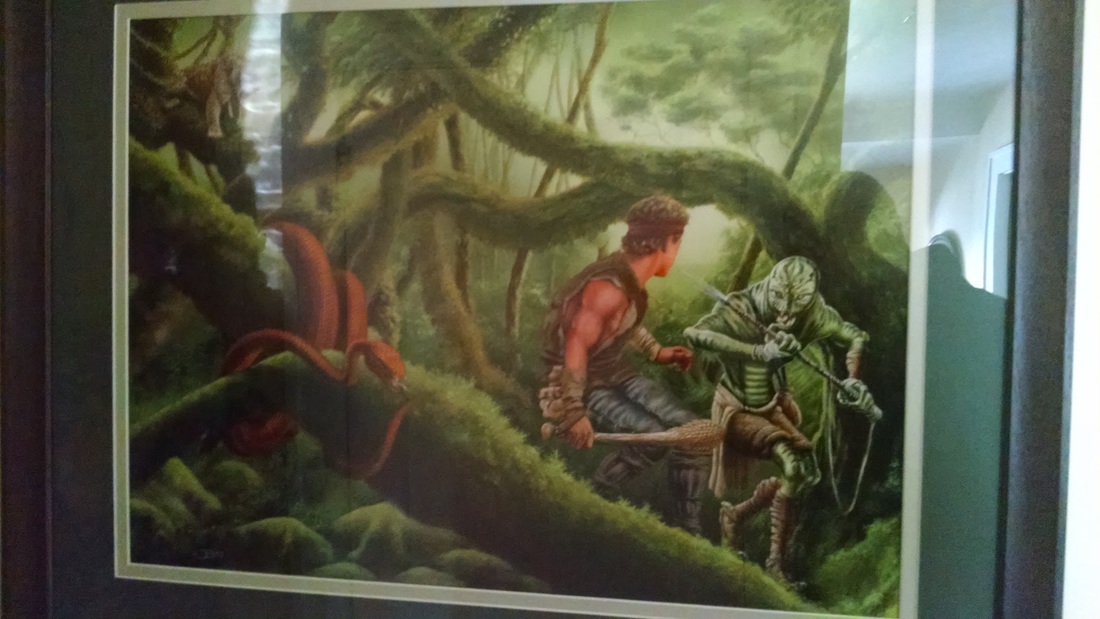 Another “not a paperback” item: Genesis by the incomparable Jim Burns, painted in 1997.  Mind you, I believe this scene indeed was used as a book cover, but obviously this is no book I’ve photographed here—it’s the original painting purchased directly from the artist himself!  The resolution of this shot isn’t nearly as crisp as I would like, and the glass is giving us some glare, but who cares?  It’s an original Jim Burns!

The painting itself thus is off the market, but if you’d like a signed print directly from the artist, you can get one here: http://www.alisoneldred.com/imageJimBurns-Illustration-0-52.html. 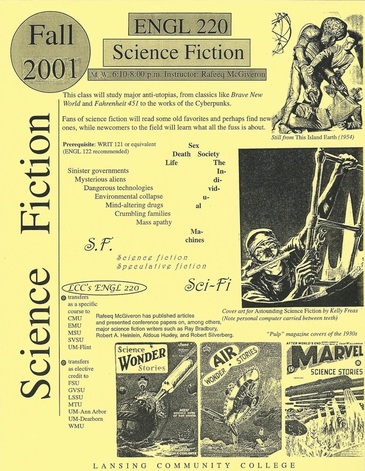 Not sure if it’s actually “art,” but this is the flyer I made for the last class I taught—Science Fiction in Fall 2001.
​
​Another “not a paperback,” but at least I know it’s art: my 8-foot mobile of the solar system.  Click the pic for 18-second video. 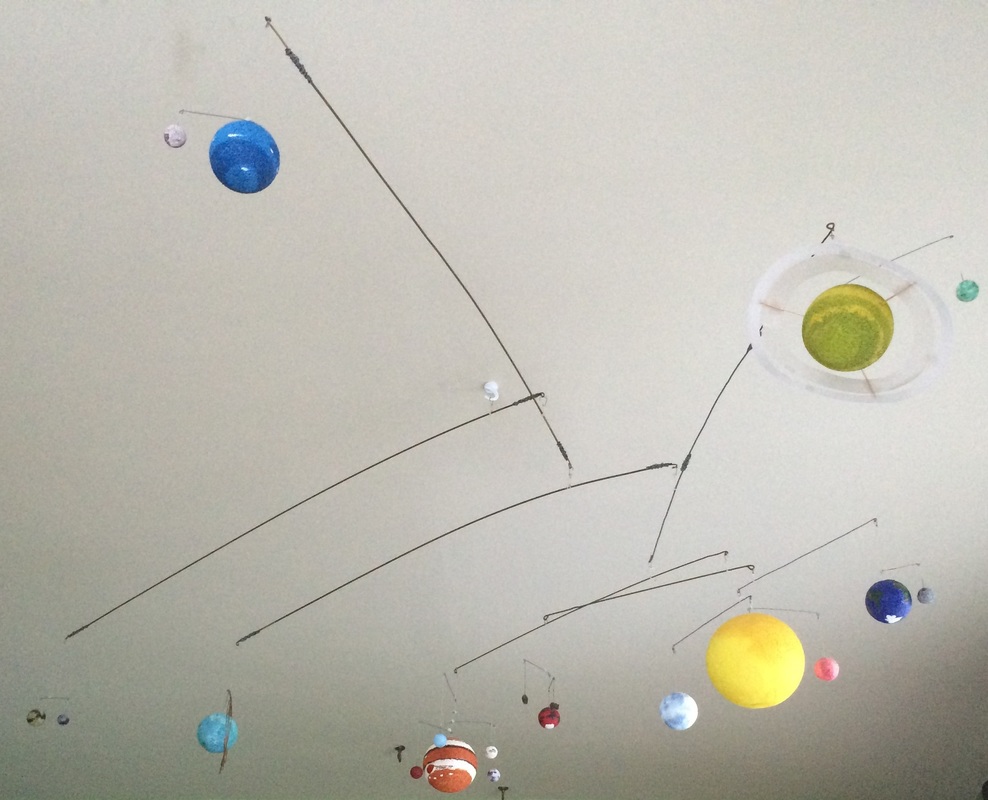 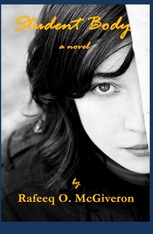