Now, essays of mine that first appeared in academic journals have been reprinted in various textbooks on Bradbury or in the Contemporary Literary Criticism series which some libraries carry, and students of course also often can access these articles in the online literary research databases to which their institutions’ libraries subscribe.

Those first articles were written in, ahem, the 20th century, back when I was still teaching, but then more recently I ended up falling into the orbit of Salem Press, a sub-unit of the mammoth EBSCO Information Services, which runs so many of those online research databases.  Salem asked me to put together a new volume of original criticism on Fahrenheit 451, which was released in December 2013.  A few years later they asked for a proposal for a new project, so we did a 2017 volume covering the breadth of the works of Ray Bradbury.  Serving as volume editor on projects like these was wonderful, as I was able to get acquainted with so many other great scholars...and of course I got to write a few more pieces myself, which is always nice.

In any event, below is a list of what I have written on Bradbury, with links to the full-text articles wherever available.
​
Editor, Critical Insights: Ray Bradbury.  Critical Insights Series.  Ispwich, MA: Salem, 2017.  Amazon page here, Salem page here.

“On Ray Bradbury and His Works.”  xiii-xxvii.
​

“From ‘Halloween Was Outlawed and Christmas Was Banned!’ to ‘You Can Stay Happy All the Time’: Shifting Impetuses for Book Burning from ‘The Exiles’ and ‘Usher II’ to Fahrenheit 451.”  46-59. 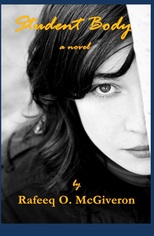